Standing at the Scratch Line

Standing at the Scratch Line is a short film about returning to sacred spaces of departure and arrival. Multi-media artist Julie Dash portrays the stories of a people seeking refuge and freedom in the African Methodist Episcopal Denomination. Working with Mother Bethel AME church in Philadelphia and Mother Emmanuel Church in Charleston, SC, Dash juxtaposes new footage with archival film and stills in a non-linear structure that also employs music and atmospheric sound effects.

Mother Bethel AME Church: “Let This Be Your Home”

In the early 1900s more than half of Mother Bethel’s congregation had been born south of the Mason Dixon Line.  Because of changes in the surrounding blocks, however, Mother Bethel had been losing members. The influx of southerners during the First World War provided the church an opportunity to grow.  To attract members of southern A.M.E. churches to the mother church in Philadelphia, Mother Bethel established an Information Bureau, which sent flyers South inviting industrious men and women to come to Philadelphia where they would be welcomed “within her fold.” During the First Great Migration newcomers flooded into Mother Bethel, many of them bringing letters of transferal from their home churches in South Carolina, Georgia, and Florida.  A native of Maryland, Reverend Robert J. Williams offered church services with music and an evangelical preaching style that appealed to the newcomers.  Setting up its own Reception Committee, Mother Bethel also joined other African American churches in efforts to “uplift” impoverished migrants and provide moral direction. 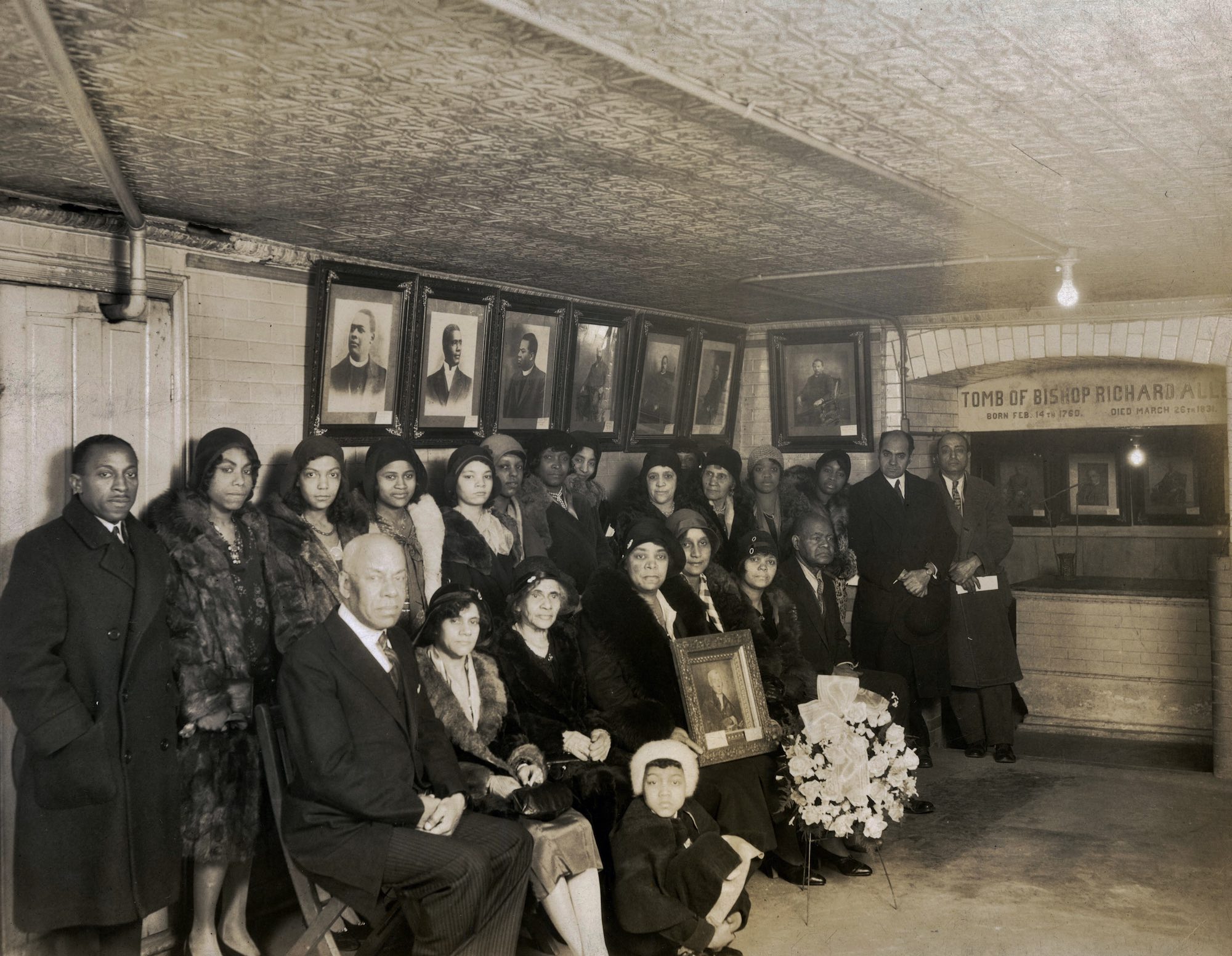 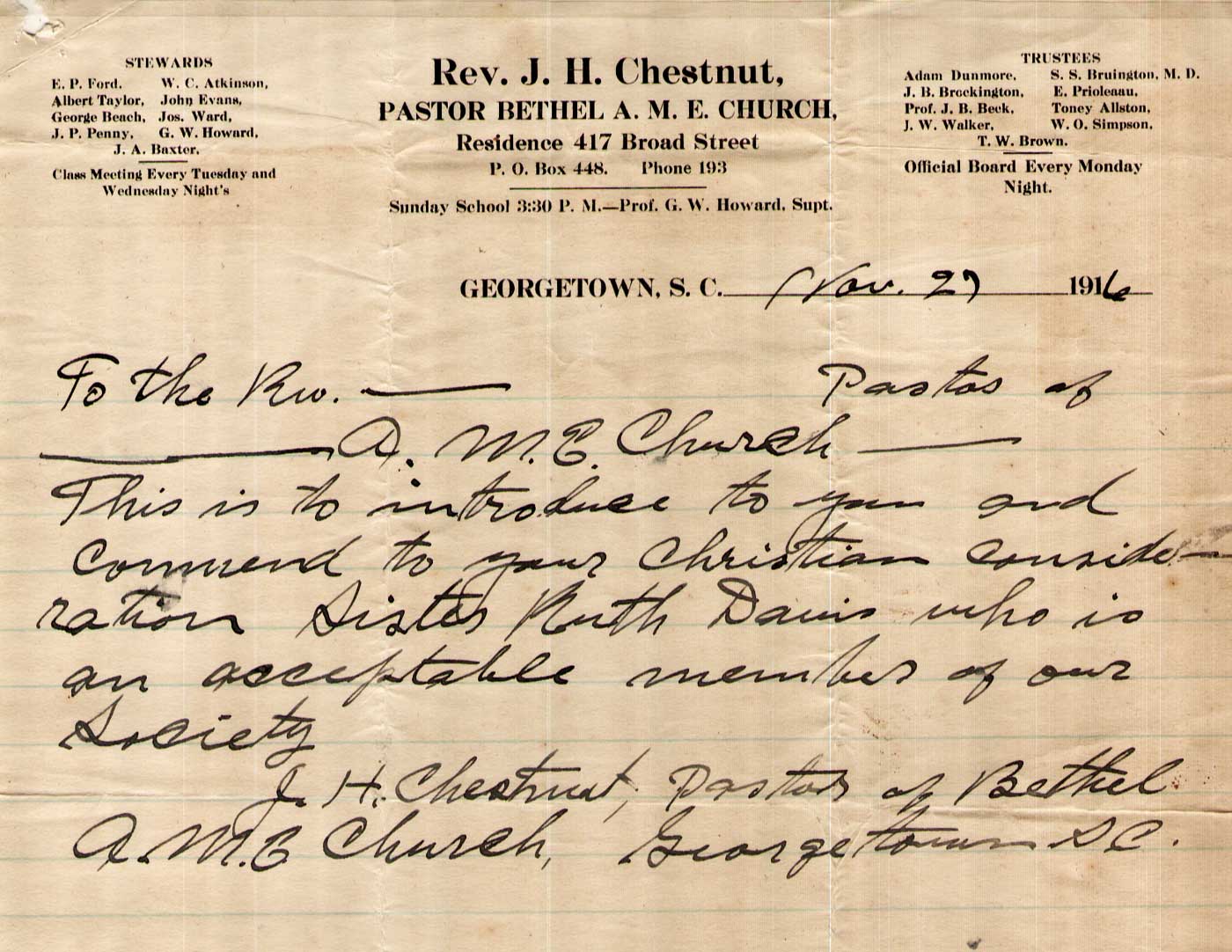 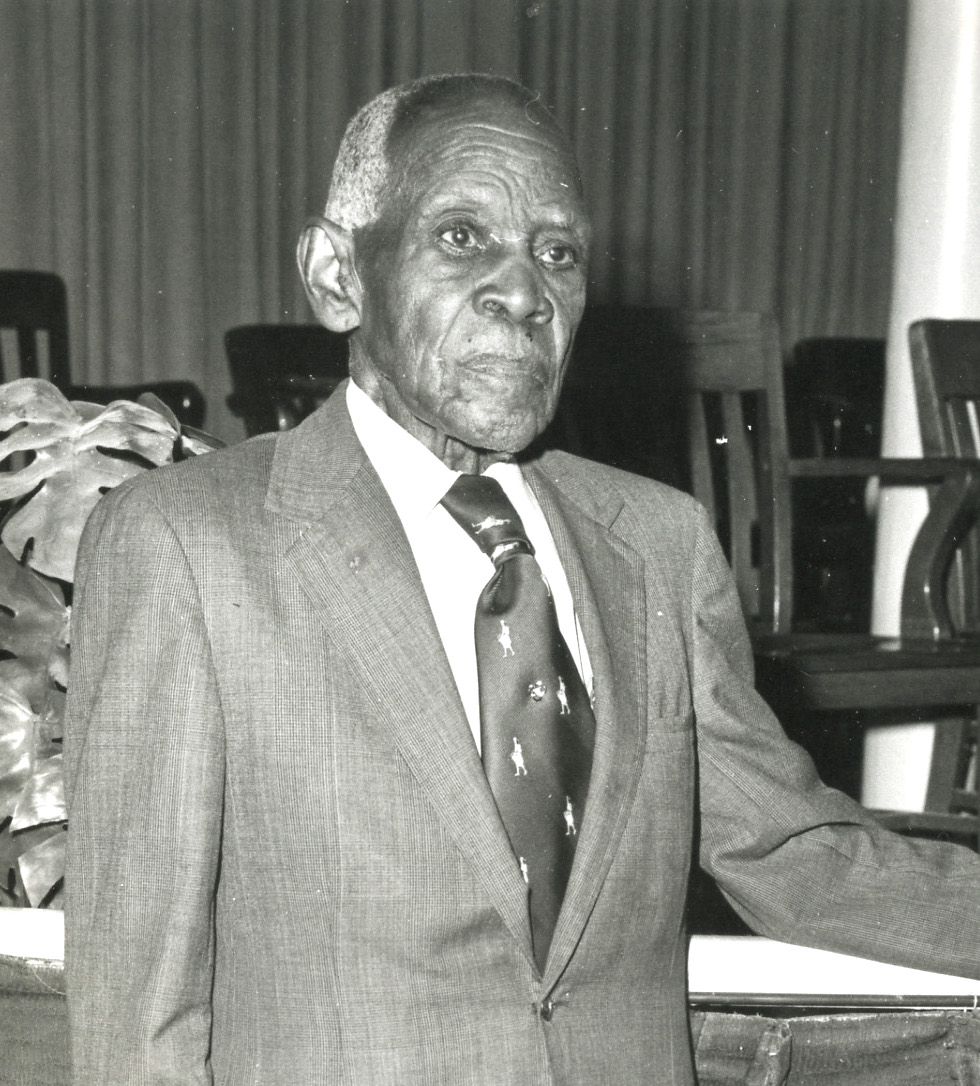 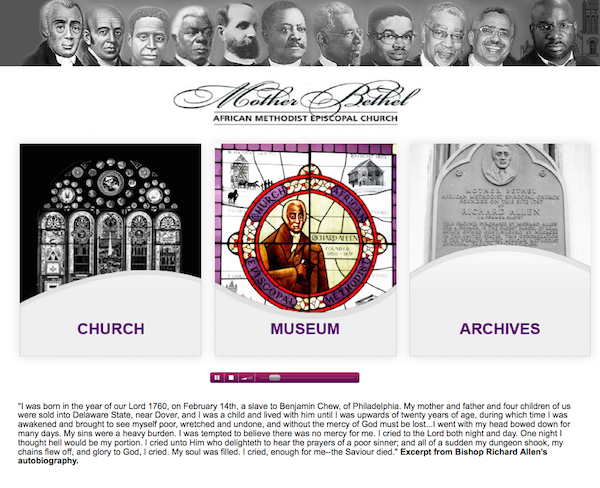 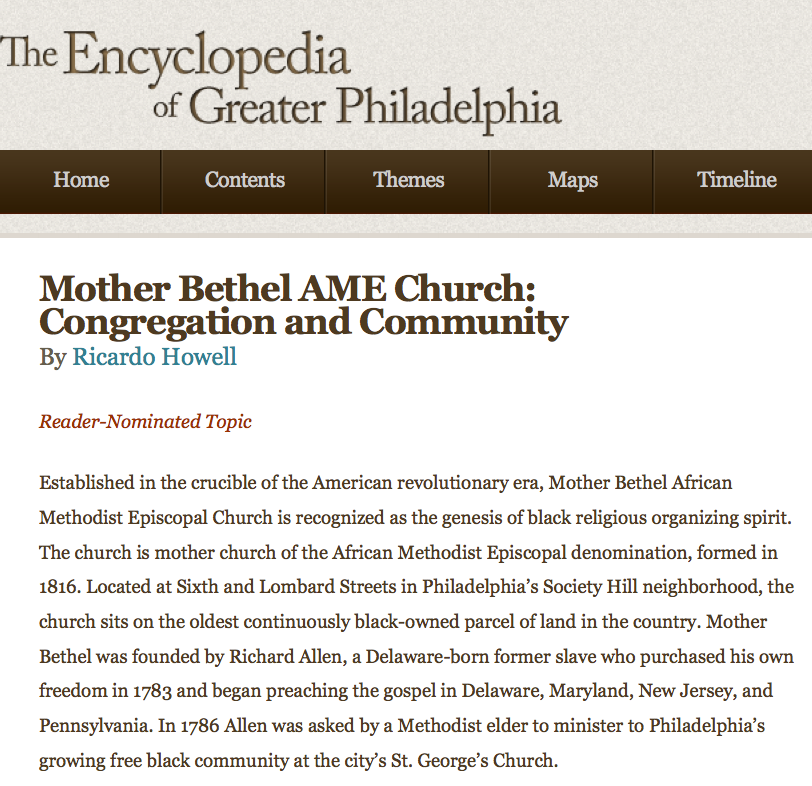 Julie Dash is a filmmaker, music video and commercial director, author and website creator. She has toured nationally and internationally with her work, and she has received numerous awards since embarking on her film career. With the debut of Daughters of the Dust in January 1992, Julie Dash became the first African American woman to have a full-length general theatrical release in the United States. O Magazine included Daughters among it’s 50 Greatest Chick Flicks, and in 1999, the twenty-fifth Annual Newark Black Film Festival honored Julie and her film Daughters of the Dust as being one of the most important cinematic achievements in Black Cinema in the 20th century.