In the aftermath of the First World War, the Garvey movement inspired thousands of southern newcomers and Black Philadelphians with its message of racial pride, self-help, economic independence, and a world of new possibilities. Strong opposition from local African-American leaders and churches, its own rancorous internal divisions, and national scandal, however, led to a rapid collapse of local support and membership.  But not before Garvey movement had changed the way that African Americans thought of themselves as a people.  “The Universal Negro Improvement Association,” a reporter noted in the January 24, 1925 issue of the Philadelphia Tribune, “had done more for Negroes of the world to a keener realization of their power than all the other organizations and efforts combined.” Much diminished in size, UNIA held on, hosted national conferences in 1934 and 1935, and kept alive Marcus Garvey’s message of self-respect, independence, and race consciousness and pride to the present day. 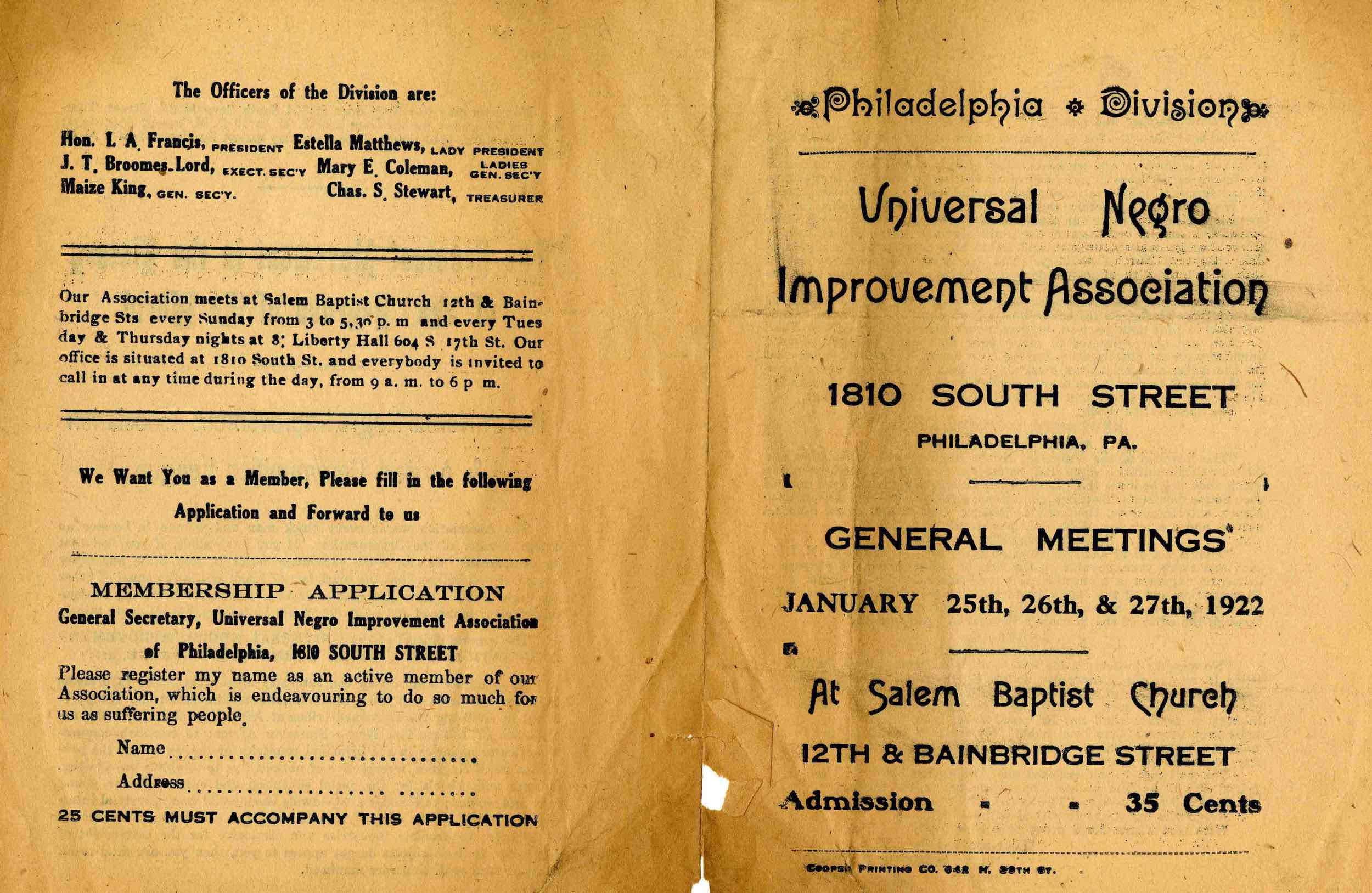